So, you want to learn Chinese but don’t have enough time to commit to it. You may be wondering, “What can I do in only 5 minutes per day?”

A lot actually. While five minutes a day will never get you fluent in Chinese, it can lead you to something more important – developing the daily study habit.

I’m a huge fun of mini-goals. While some people hear about mini-goals and may think they’re pointless, lazy, or ineffectual. Well, I’ve found them to be the opposite.

For me, mini-goals are incredibly effective. I use them often, for example, I may plan on washing one dish, cleaning one section of the room, doing one push-up, just sitting down to meditate, or reviewing flashcards for a few minutes. Sure, occasionally I’m completely not in the mood and I may, in fact, sit down to meditate, only to stand back up 20 seconds later. In this case, no big deal, I reached my goal. I tried.

However, far more often, the low commitment of the mini-goal leads me to sit down to meditate when I otherwise may have struggled, and before you know it, ten minutes have passed, and I get up feeling refreshed. Similarly, that sink full of dishes disappears before I know it or I find myself studying Chinese for much longer than I planned on.

So, in my opinion, setting the goal of studying Chinese for five minutes each day isn’t lazy, it’s actually smart. If you can stick to this mini-goal you’ll get much further than you may actually expect.

How should you study Chinese if you only have five minutes?

There are several resources that you can use to work on your Chinese for only a few minutes at a time. These are great because you can accomplish something real without it becoming too inconvenient. If used consistently, you’ll find yourself making a lot of progress.

HelloChinese is a popular app that is great for beginners, and even more so for casual learners. It started out as basically a Chinese clone of Duolingo, made before Duolingo had released their Chinese course. I should mention now that Duolingo’s Chinese course is awful and should be avoided. While HelloChinese may have started out rather simply, it’s gone on to become an excellent platform that incorporates reading, writing, listening, speaking, and grammar. Lessons are broken up into small bite-sized chunks. The fact that it’s available as an app makes it even easier to find moments throughout the day to study.

They also have a Premium version, that while helpful, isn’t necessary. Use the promo code “hcalr15” to save 15% on all Premium+ plans and yearly Premium plans.

Most serious language learners will stress the importance of using SRS (spaced repetition system) flashcards. These are basically flashcards that you can use within an app where the frequency that you’re shown a word varies based on how difficult you find it. So, if you’re shown a word and get it wrong, you see it again sooner. Likewise, if you keep getting a word correct, you’ll see it less and less often.

The nice thing about flashcards is that you can literally spend 30 seconds with it and get some benefit out of it. There’s no time commitment and it’s incredibly easy to find extra study time.

While I personally prefer using the flashcards within the Pleco Chinese dictionary app, they do cost $10. The benefit of using Pleco is that you can quickly add other words that you’ve looked up throughout the day and get example sentences.

Another option is Anki. Making new flashcards with Anki can be a bit tedious because you have to add everything you want it to show, this does also add in extra flexibility. Fortunately, there are also some pre-made decks that you could use.

Finally, and my suggestion to casual learners, would be to use an app/website called Memrise. While similar to the other flashcard options, it’s definitely a lot more fun, with more game elements included. There are also tons of courses that have been added on just about any topic you can think of. When I first moved to China, I was unable to read a menu which made ordering food in a restaurant a hassle. But, I used a course on Memrise and, before long, was able to understand enough of a menu to have a general idea of what I was ordering.

You can read my full review of Memrise here.

Practicing reading Chinese is a bit less flexible than studying flashcards, but much more enjoyable. You’ll want to have at least five minutes to work your way through a short article.

Reading is great because you get more exposure to Chinese Characters, new vocabulary, sentence structures, and you may even learn something new (besides Mandarin).

There are some great platforms that you can use to practice reading Chinese, though these would be a bit too hard for the absolute beginners. 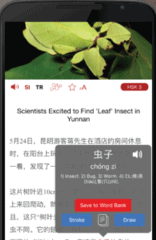 Du Chinese and The Chairman’s Bao offer simplified stories, including audio and a pop-up dictionary. You can read them in an app or on the computer. Both services do require a subscription but offer some free content as well.

They’re quite similar but there are some differences which make each one more suitable to a certain type of learner.

This comparison article will give you a bit more information and it also has coupon codes included.

A third option that i would suggest for practicing reading Chinese is an app called Clozemaster. Clozemaster is completely free to use unless you upgrade, but that’s not necessary. You’ll read short sentences and fill in the blank for the missing word. You can do this either by typing in the word or multiple choice options.

It is designed like a game, awarding you points based on your performance. You can also choose the difficulty level making it suitable for both beginner and advanced students.

Improve Your Speaking and Pronunciation

While I love reading, improving your spoken Chinese is obviously more important for most people. But what’s the best way to go about learning to speak Chinese?

One thing that I always recommend is that you practice mimicking Chinese speakers. This isn’t necessarily easy to do though; who should you mimic, where should you find the audio, and how do you know if you’re doing it correctly?

More still, what if your Chinese isn’t advanced enough yet to understand what it is you’re actually mimicking?

This is where Speechling comes in. It’s available on the web or as an app. Like the other suggestions, you could get real value and make real progress with your Chinese, even if you only use it for a few minutes. 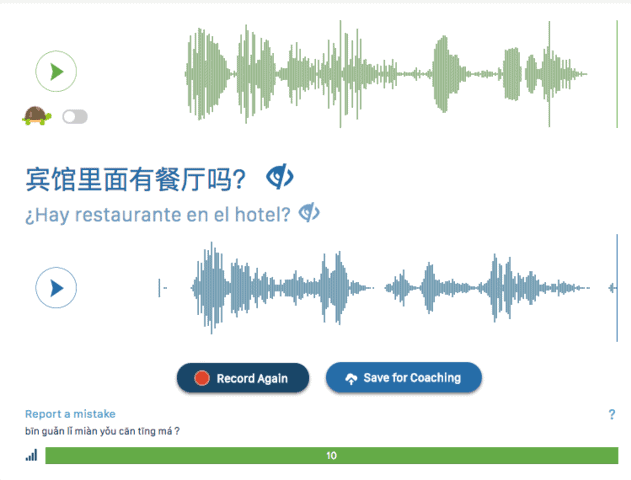 For free, you can listen to professionally recorded sentences that include translations and pinyin, and are organized like a course based on topic or difficulty level. You’ll then record yourself saying the same sentence.

Your recording is sandwiched between the original recording which makes it much easier to spot differences in pronunciation. This is an excellent way to get comfortable speaking Chinese and also notice areas to improve.

If you’re willing to pay $19.99/month, you can have an unlimited number of recordings corrected by a native speaker. There’s also a 7-day free trial where you can submit as many recordings as you’re able to. You can also save 10% on a subscription by using the coupon code “ALR123”.

While Speechling is a good way to practice speaking Chinese, it’s not great for learning about how to actually learn the pronunciation differences. I’d suggest reading this post to find good resources for learning Mandarin pronunciation.

While learning grammar is rarely thought of as something fun or easy, Chinese grammar is, for the most part, pretty straightforward.

You can also study Chinese grammar online, for free, without making a big time commitment.

The Chinese Grammar Wiki organizes various grammar points by difficulty level and gives lots of examples. While there are quite a few different points for each level, they’re all explained very clearly and don’t take much time to read through.

Likewise, Chinese Zero to Hero!, have posted hundreds of videos on Youtube that break down different grammar points. They’re fun to watch, and provide you opportunities to improve both your listening and reading comprehension.

The vast majority of the videos are also under five minutes long, making them perfect for a mini-study session.

You have more time than you think

While you may think you have no time whatsoever to study Chinese, if you look closely, you’ll likely find quite a few of these mini gaps throughout your day that you could use to study Chinese. 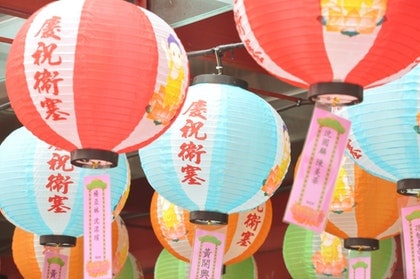 There are tons of these five or ten-minute gaps that you could use, such as, while waiting for a friend, standing in a long line, after eating lunch, during your commute, or countless other such scenarios.

You don’t need to plan on studying one hour or more every day to learn Chinese. If you’re already busy, that’s a daunting task that will lead to you not studying at all.

More often than not though, once you get started studying, you’ll find yourself studying for 15 or 20 minutes, or even much longer.

Make the commitment to build the study habit, even if it’s only five minutes each day. 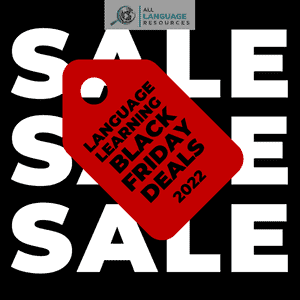