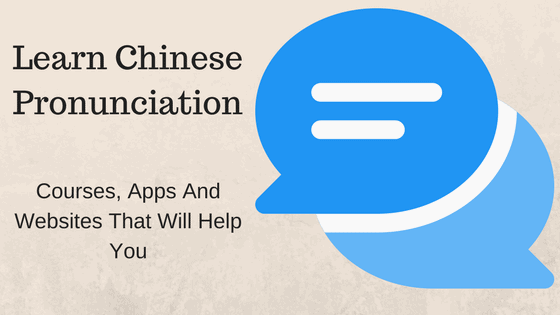 Learning Chinese pronunciation is one of the most important things you should focus on – even if you’re a complete beginner. It may be tempting to skip over pronunciation in the beginning and just get to a point where it’s “close enough.” However, investing time early on to learn proper pronunciation will make your life much easier later. Changing pronunciation habits is difficult to do. So, it’s worth spending some extra time and energy early on to set you on the right path forward.

Many resources explain pronunciation in an ineffective and incorrect way. Many try to find similar sounds to English even when there isn’t one. Or, they ignore tongue and mouth positions. Other resources simply act as if repeating after the speaker will be enough to learn good pronunciation. It won’t be. It will take a conscious effort and require lots of practice.

This article is going to look at a bunch of different resources, both free and paid, that you can use to learn Chinese pronunciation and improve your speaking ability.

These courses are very thorough and will give you a solid foundation for learning Mandarin pronunciation.

There are an absurd number of videos that you can learn Chinese pronunciation from on Youtube. I’m sure some must be good but unfortunately, I had a hard time finding those ones. There are so many videos that explain things in a simplistic and incorrect manner. There’s a lot of bad advice given to learning pronunciation. I watched a lot of Youtube videos that I was hoping to include in this article but there aren’t many I can strongly recommend. One free video playlist by Yoyo Chinese was quite good…

Yoyo Chinese might be the best online course for beginner students, but it’s not particularly cheap. Fortunately, there’s a very extensive and free playlist that you can watch on youtube. In these videos, the host explains pinyin sounds very clearly. She discusses similar sounds in English, along with tongue and mouth position. There are also videos discussing tones and tone change rules. This video series is the highest quality, free resource for learning Chinese pronunciation that I’ve found. The Yoyo Chinese Pinyin Chart is also a great resource to check pronunciation and includes videos explanations for various sounds. You can read my review of Yoyo Chinese and find a coupon code for 10% off any course. 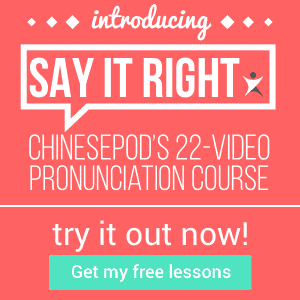 ChinesePod is probably the best resource to improve your listening comprehension. In addition to listening, the Premium plan also includes access to the “Say it Right Series.” This video series focuses on pronunciation, tones and tone change rules. Along with the usual hosts, there’s an expert pronunciation teacher. They explain things very clearly with the foreign hosts often asking questions that you may have. They explain tongue and mouth positions in a way that makes it quite easy to understand. Read my review of ChinesePod. You can also use the coupon code “ALLLANG50” to get $50 off a Premium annual subscription.

ChineseFor.Us is a fairly new site with a few different courses and more being added. Two of the courses will help you with your pronunciation and are very good – Pinyin Drills and Tone Drills. These two video courses are really well made and explain things very thoroughly. You can sign up for a free week trial (without a credit card) which should be enough time to complete both courses. You can also use the coupon code “alr15off” to get 15% off the subscription cost. 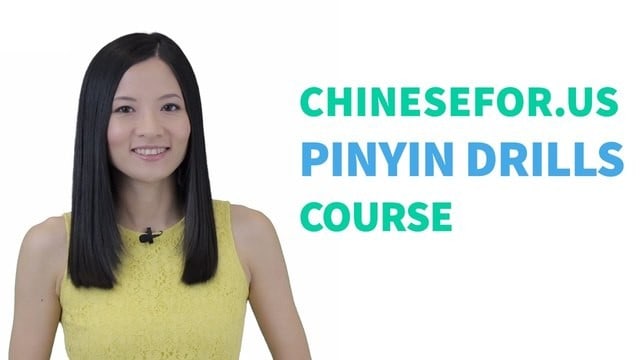 The Mimic Method – The Flow of Mandarin

This is the most expensive course I’ve mentioned so far and a bit different than the other ones. It uses rap music to teach Chinese pronunciation and you’ll get feedback from a teacher. You’ll learn all the syllables and finals and then use Soundcloud to record yourself making each sound. In the end, you’ll mimic some lines from a few different songs. Unfortunately, there aren’t any videos that would help you to learn tongue and mouth position and I found some of the explanations to be lacking compared to other places. Having to record each individual sound and getting feedback was really helpful though. Read my full review of The Mimic Method.

I personally prefer to work with a teacher or tutor, rather than a language exchange partner. There are a few reasons for this. First, I don’t have much free-time, so having to spend half the time helping them with their English takes too long. Second, teachers are generally more professional and do what they can to accommodate you. Third, it’s not that expensive and more convenient. italki is the cheapest and most convenient place to find a teacher. Verbling is similar to italki but without as many options. eChineseLearning is another popular choice for tutors but it’s more expensive and less flexible than the other two options. Read my review of italki here and my eChineseLearning review here. 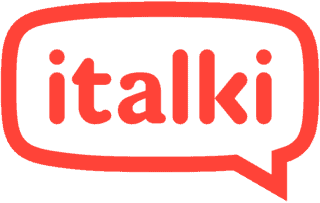 Speechling is a new app/website that I really like so far. Similar to Glossika, it uses the Mass Sentence method where you’ll improve your Chinese speaking by repeating a lot of sentences. I really like it though because you’ll hear a sentence, then record yourself saying the same sentence. You can compare your recording to the original and then submit it to a teacher who will leave brief feedback. You can also choose the difficulty level and the gender for the recordings. You can get 10% off a subscription with the coupon code “ALR123”.

WaiChinese is a really useful app that’s fairly similar to Speechling but has been around longer. You’ll choose words or sentences, listen to a recording, record yourself repeating it and then submit it to a teacher. You’ll also see the pitch contours of both your voice and the recording. The teacher will give you feedback on your pronunciation. I found it really useful when I started learning Chinese. The only issue is that the app was extremely slow and buggy for me. I haven’t used it for quite some time, so it’s possible that it’s improved since then. Read my WaiChinese review.

Sinosplice – This pronunciation guide on Sinosplice is very clear, thorough and well written. I strongly suggest reading it yourself. It includes common misconceptions, mouth diagrams, examples and a lot more.

Chinese Pronunciation Wiki – This is from the creator of Sinosplice so a lot of the descriptions are quite similar to the previous link but in some cases goes a bit more in depth. It’s a very solid resource worth checking out.

Hacking Chinese – Hacking Chinese is an incredibly good resource for learning Chinese. Check out some of the pronunciation related articles. Actually, check out a lot more than that. This site is fantastic.

The sooner you work on your pronunciation, the better off you will be. When you start learning Chinese, it’s tempting to want to move on and start learning new words, sentences, grammar and everything else. But, it may be worth slowing down a little bit first and really focusing on developing good pronunciation habits. If you don’t, you’ll likely find yourself needing to make changes later that will be much harder.

If I forgot something or you have any advice, please let me know.

Hi – please consider our Hanping SoundBox app which includes all syllable sounds (free) as well as tone-pairs for all HSK sounds (via in-app purchase): https://play.google.com/store/apps/details?id=com.embermitre.hanping.app.soundbox

Hi @Hanping Chinese,
your link is broken, I clicked it and Google Play errors out saying:
“Sorry! This content is not available in your country yet.
We’re working to bring the content you love to more countries as quickly as possible.
Please check back again soon.”
so do you have a link to your website?

Hi, thanks for checking out the link. Indeed, that link is no longer working because the app has now been rolled into the main dictionary apps: