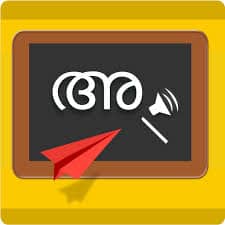 The Malayalam Smart Slate app from BigKnol aims to teach you the Malayalam script. Unfortunately, we don’t think you’re likely to learn much from using it.

When you open the app, you’ll be able to choose between Practice and Write. Under Practice, you can view the script, complete with audio recordings and occasional example pictures and words. There’s no actual practice involved, however.

Under Write, you can draw something and it will tell you which Malayalam symbol it thinks you’ve drawn. However, this doesn’t mean you’ve drawn it correctly: we found that even if you scribble on the screen, it will produce a symbol for you.

Unfortunately, this app seems to be missing a key stage: the one where it teaches you how to write the symbols. There’s no explanation of stroke number, order, or direction, nor do you get the opportunity to trace the symbols.

Save yourself some time, and try Malayalam Aksharamala or Malayalam Alphabets instead.