Home Comparisons Pimsleur vs Michel Thomas: One Is Good – The Other Is Not
  
By Nick Comparisons January 10, 2020

Michel Thomas and Pimsleur are two of the most famous language teaching courses available online. They offer courses for learning languages from beginner level upwards but do so using different methods.

While both Pimsleur and Michel Thomas focus on oral language, there are some differences worth noting between the two:

Both resources are missing major elements of language learning, but with its poorly thought-out lessons and Michel Thomas’ discouraging tone, I wouldn’t recommend his courses to anyone.

While Pimsleur also overlooks some important areas, it’s fantastic for users looking to focus purely on developing their oral speaking and listening skills.

I would have no problem recommending Pimsleur’s courses to a friend – provided they primarily want to improve their speaking and listening skills.

However, I wouldn’t recommend the Michel Thomas Method to anyone – with one slight caveat. The languages taught by an instructor other than Michel Thomas are almost certainly higher quality, but even then, Language Transfer teaches in a similar manner and is completely free.

What I dislike about each program:

Pimsleur’s range of languages is a little more interesting. Users can learn the more standard French, German, Italian and Spanish, or the more unique Lithuanian, Tagalog, Twi, and Urdu.

After releasing a new, better-designed app in 2018, Pimsleur added a much more reasonably priced subscription model to its website. While Pimsleur’s old prices cost as much as $550 for five levels, the new model is much improved in value for money.

Michel Thomas offers several different courses, with prices ranging from $11.99 to $100. You can also sign up for a free trial lesson in your chosen language once you create an account on the website.

How languages are taught with Pimsleur

Pimsleur’s courses differ in length depending on the language you’re learning. If you’re learning a popular language, it will usually have 5 levels. Less-popular courses may have fewer levels.

Each level consists of 30 lessons at a 30-minute completion length. You’re supposed to complete one lesson per day, which means that if you follow the structure properly, you’ll be able to complete a full course from daily practice after five months.

One thing that’s notable about Pimsleur is its lack of grammar-focused content. The resource features oral language far more heavily, making it a good tool for users looking to work specifically on their speaking and listening skills.

Lessons are conversational, using a narrator to set the scene. This helps you to imagine yourself in a situation, which makes it easier to remember the material you’re learning.

You won’t just repeat words and phrases – lessons are designed to make you produce the language. By using an English speaking narrator alongside a native-speaking man and a woman, you can model your speech off a person who is the same gender as yourself.

Lessons build up incredibly well, and each new lesson begins with a recap of topics covered previously. You’ll be given quite a lot of cultural information relating to the language you’re learning, which is unlikely to help you much with the language, but acts as a motivator for learning.

Read our full review of Pimsleur.

How languages are taught with Michel Thomas

We reviewed the Michel Thomas French Foundation course, so I can only speak for that one in this review. The course consists of eight hours of audio lessons, primarily teaching you to speak and listen to the language. You’ll also pick up a few very basic reading skills from the lesson notes that are attached.

The course is designed for complete beginners and aims to naturally develop your pronunciation, grammar, and vocabulary skills without the need for studying, writing or memorizing. The idea is for you to learn a language just by listening to it and speaking it aloud.

The structure of each lesson is the same, with a teacher instructing two beginner students French. The students reply with correct and incorrect answers, helping you to learn along the way. Lessons last between 5 and 10 minutes.

Because the course mostly consists of audio lessons, you won’t get a chance to work on your reading and writing, and there are no lessons that just focus on grammar or vocabulary.

Michel Thomas’ teaching is often quite negative and lacks encouragement, which is off-putting in a language learning situation. He often interrupts his students to correct them, rather than letting them work out the correct answer themselves. The students are hurried to answer the questions, which makes the lessons feel quite rushed.

It becomes quite unpleasant to listen to Michel Thomas’ frustration with his students when someone gets an answer wrong, and it doesn’t match up to what he says at the course introduction about how it’s the teacher’s fault if a student doesn’t learn the language.

Not all courses are taught by Michel Thomas, so it’s possible that those without his teaching are more valuable to a user. Before paying for Michel Thomas, be sure to check out Language Transfer, as those courses are better and also free.

Overall, both courses are quite clearly lacking in terms of grammar, reading, and writing, but at least Pimsleur teaches oral language very well. If you’re looking to learn a full range of language skills, Pimsleur won’t offer enough for well-rounded progression.

I’d find it hard to recommend Michel Thomas in any situation. His teaching style creates a poor learning environment for total beginners to a language and doesn’t offer much encouragement. If it were just between Michel Thomas and Pimsleur, I’d choose Pimsleur hands-down.

If neither of these courses sounds quite right for you, then I’d definitely suggest considering some other options – there are plenty of good courses out there. Take a look at the table below for our top recommendations based on the language you’d prefer to learn. 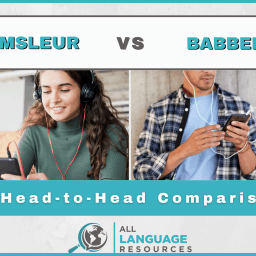 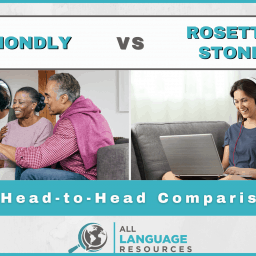 Mondly vs Rosetta Stone: Neither, Use Something Else Instead

Mondly and Rosetta Stone are online tools that provide courses for learning a language. Both resources are suitable for beginner… 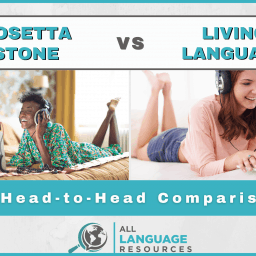 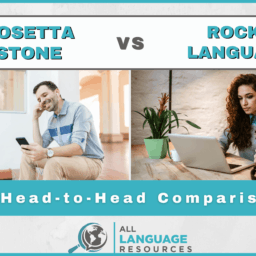 Rocket Languages and Rosetta Stone are widely-used language learning resources that teach a number of languages. They start with the… 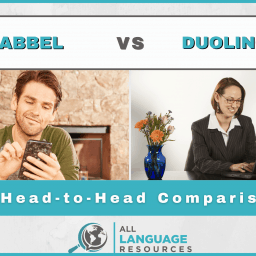 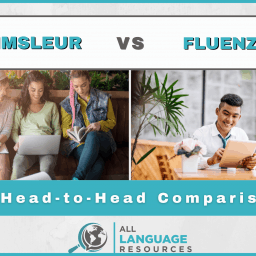 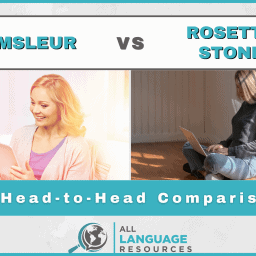 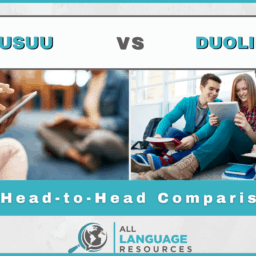 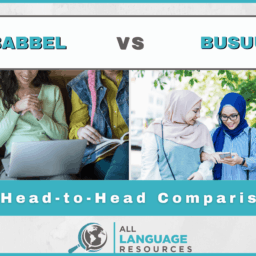 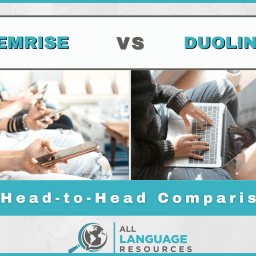 23 Nov 2020
Transparent Language vs Rosetta Stone – Both Are Lacking 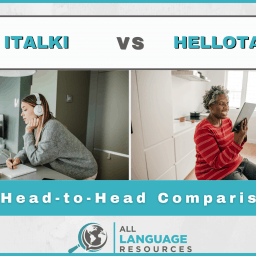 As a teaching medium, video has some serious advantages over text and audio: it’s entertaining, easy to interact with, and… 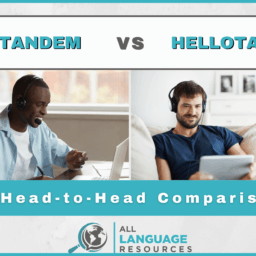 HelloTalk and Tandem are popular resources for language learners interested in language exchange. They have millions of users between them…

I’m blown away that you found Michel Thomas’ method so lacking. I felt with his course on Spanish (I have the French as well but haven’t gotten too deep in it yet) was very good. I took spanish all through high school and felt I had a pretty good (at least enough) grasp of it for travel etc. found the MT method incredible on getting me back up to speed and then some. Spent time in Spain and really found his teaching so useful in daily conversations and asking people for help, etc.

I am surprised that you gave MT negative review. In fact, I found his method better than Pimsleur. I have a strong foundation in French thanks to his teaching method and I’d 100% recommend MT to anyone interested in having a firm foundation of French or Spanish.