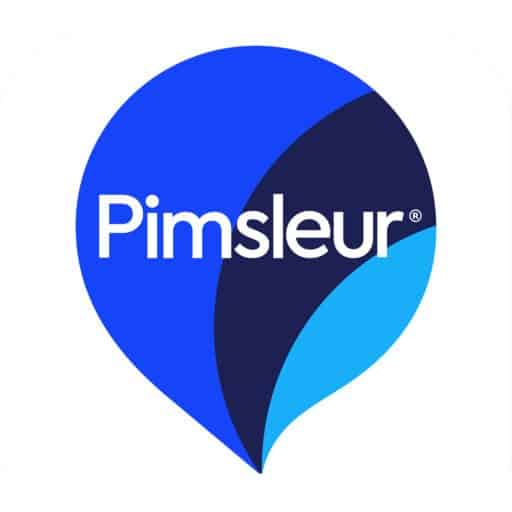 Pimsleur is one of the most popular and longest-standing resources out there for learning a foreign language. Its courses place a strong emphasis on aural and verbal communication skills, paying less attention to grammar explanations and reading or writing skills. There are over 50 language courses available with Pimsleur, and the bulk of the material is taught with audio lessons. 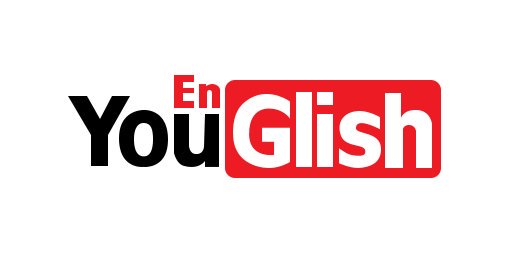 YouGlish is a website that has indexed millions of video clips to put words in context for language learners. After searching for a word in your target language, you will see a YouTube video with subtitles and your target word highlighted in yellow. When you have heard the word, you can continue listening to the video or move on to the next example. You can also slow down the speed of the audio, click on a sentence in the transcript to replay it, or skip backwards 5 seconds to listen again. Sometimes you can watch over 1000 videos with your target word, other times there may only be a couple dozen available.

Some languages also allow you to choose between different regional dialects, such as: French from Canada or France; Chinese from Taiwan or China; and Spanish from Spain or Latin America.

You will need to search for the word in your target language, so you can check out WordReference or Linguee to get a translation. Forvo also provides audio clips of native speaker pronunciation, but with YouGlish, you can practice listening to these words in context.

If you want help with reading the subtitles, you can download Readlang for on-screen translations. The Zhongwen Chrome extension will be better for Chinese learners, as it provides the pronunciation of each character as well as a definition. 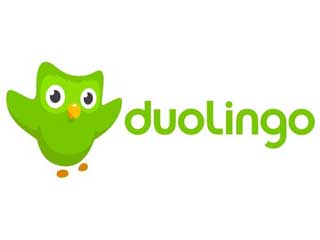 Duolingo is a super popular free language-learning app. It’s available for desktop as well as mobile and offers over 90 different language courses in over 20 different languages — there are currently 35 languages with English instruction. The Duolingo approach is gamified and easy to use, but the bite-sized lessons don’t offer much in the way of in-depth practice. The Duolingo tag line is “Learn a language in just five minutes a day.” 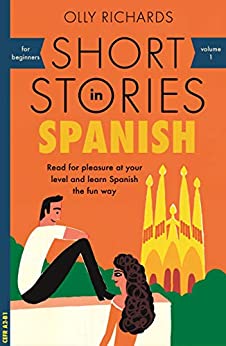 Olly Richards, the creator of I Will Teach You A Language, has written a series of short stories for high-beginners to improve their reading skills in several languages. He also has a 101 Conversations series, but this review focuses on his Short Stories.

Most of the languages use the most common words in your target language, with natural phrases that you would overhear locals using while conversing amongst each other. In every language, the plot follows the same characters and adventures, with some adjustments for cultural differences.

The intro to each book provides a practical overview of how to maximize your learning. At the end of each chapter, you will see a summary of the plot, a vocabulary list of new words (that are also bolded in the stories), and comprehension questions. The comprehension questions are simple, allowing you to find the responses directly in the text.

Overall, the Kindle version of Olly’s short stories seems worth the investment for upper beginners to improve their language abilities. If you’re learning Chinese, check out the Mandarin Companion series. Also, A1 – A2 Spanish learners can enjoy several short novels in the ESLC and Read It! series. 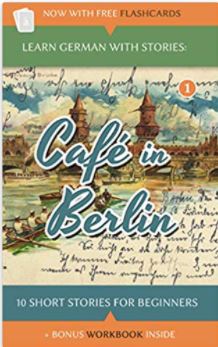 The André Klein Graded Readers can help build reading skills for German learners at different levels through fun, easily digestible stories. The books are structured to be accessible for learners, while teaching vocabulary in the context of phrases (rather than isolated words).

Lower-level beginners might like the Learning German With Stories And Pictures series or the Learn German With Less Text, More Fun series, both of which intersperse short sentences with numerous drawings depicting their meaning.

Upper-level beginners might prefer to start with the (Dino Learns German) series, which uses simple vocabulary and repetition of related phrases for reinforcement. Intermediate learners can try the detective series. , a fantasy adventure series, was written for advanced learners.

It seems fairly easy to follow the stories. The multiple-choice questions after each text help you gauge your understanding.

The glossaries tend to be formatted as large text blocks of German phrases and English definitions, which can be difficult to scan. In the Dino lernt Deutsch series, readers may find the pervasive boldfacing in the texts distracting.

For the amount of money and time invested, you can gain better reading comprehension, increase your German vocabulary, and build your confidence as a German learner — all in an entertaining and low-stress way. 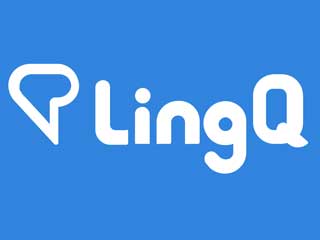 LingQ is a language-learning platform that focuses on extensive reading for over 30 different languages. You can import your own content or choose from the community library of books, articles, podcasts, YouTube videos, and more.

The app highlights unknown words across every lesson and makes them reviewable via different types of SRS flashcards. The more you read, the more accurately you will be able to identify content that is suitable for your level.

Although I did not find it beneficial for languages I had never studied before, I think LingQ can be helpful for upper-beginner to advanced language learners who enjoy reading. It is especially helpful if you struggle to find graded readers in your target language. 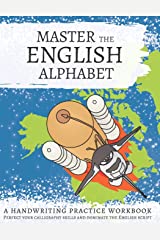 For learners of languages that use unfamiliar writing systems, the Lang Workbooks series can be a helpful and practical way to master the intricacies of writing in their target languages. Among numerous other writing systems, the series includes the Korean, Russian Cyrillic, and Armenian alphabets; Persian and Thai script; the Hindi Devanāgarī abugida; Chinese characters; and Japanese Hiragana and Katakana. The series also covers languages that use the Latin alphabet with diacritical (accent) marks, such as French, German, and Portuguese.

Many books in the series have been translated into other languages, such as Italian, French, German, Spanish, and Portuguese. The series also covers writing systems that may have fewer available resources for learners, such as Lao script and the Cherokee syllabary.

Each book in the series presents its featured writing system with suggested pronunciations. The practice pages in each workbook have useful features for each letter, symbol, or character, such as a recommended stroke order, font variations, example words, and a “Trace and Learn” section.

Each workbook is relatively inexpensive. In addition, the publishers of the series have granted teachers and students a license to make photocopies of the workbook pages for personal use, so you can get unlimited chances to practice. Considering the depth of information in each language’s workbook, the books in this series can provide great value for learners.

Lingoda is an online language learning platform where you can take private or group classes at any time of the day. They offer lessons in Spanish, German, French, and English. There are a large number of lessons available for everyone from absolute beginners to more advanced levels. It’s a good option to get the structure of a course with the guidance of a teacher, at an affordable price. 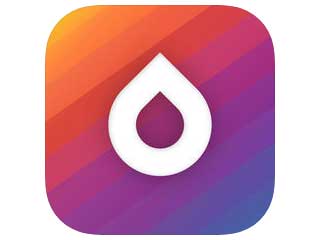 Drops is a phone app for iPhone and Android that covers 33 languages. Daily games test the user on thousands of vocabulary words, and many of these words are ideal for everyday use. Drops has an entertaining, user-friendly interface, but it also lacks grammar lessons, and it works better for some languages than others. For anyone looking to supplement their vocab lessons, this app is worth considering; however, the free version might be more worthwhile than the paid version. 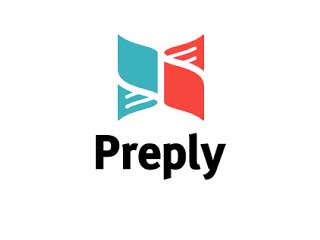 Preply is an online educational platform that matches tutors with students. There are tutors on Preply offering instruction in a wide range of languages and other subjects. As a learner, you can find a tutor that works best for you by browsing their demo videos and filtering by price and rating. Each tutor’s teaching style is their own.