Yes, You Can Study Languages With Comics. Here’s How

Comics, manga, graphic novels: whatever you call them, they’re fun, interesting and can be a great tool for learning a language.

If you raised an eyebrow at that last phrase, I understand why. Comic books might not come with homework or, in most cases, grammar lessons. They don’t feel like serious learning. In fact, you might even consider them a distraction from proper studies.

But don’t write them off too soon. Comics and graphic novels have a surprising number of benefits, and some platforms have even started publishing comics with in-built language-learning tools, from pop-up translations to grammar breakdowns.

Let’s explore the pros and cons of studying a language through comics, as well as the study practices that will help you get the most out of them. We’ll wrap up with a look at the different apps and platforms available to you. 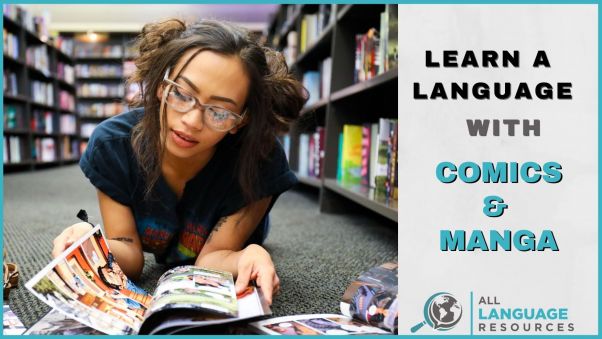 Can Comics Really Teach You a Language?

The short answer is: kind of. The long answer is that comics won’t teach you a language on their own, but they can be a useful tool for improving your language skills. Even the US Department of State recommends comics as a classroom activity for teaching English as a Foreign Language.

Ultimately, comics, manga and graphic novels are all stories with pictures. And just like how novels can help us learn, so too can comic strips and manga.

Of course, comics aren’t exactly the same as regular books — and that’s both a strength and a weakness.

Pros & Cons of Learning a Language Through Comics

No language-learning tool is perfect, and that includes comics. On the plus side, they make using your target language fun and motivating, and the importance of that cannot be overstated.

They’re also a great way to ease into reading in other languages. The images will help you make sense of what’s going on, meaning graphic novels are accessible for learners even when traditional novels are too challenging.

That said, learners of all levels can benefit from reading comics. They can introduce you to plenty of new vocabulary and phrases in context, which will help you better understand and remember the language. Since key words and phrases will also be repeated, you’ll likely find yourself reaching for a dictionary less and less as you progress through the comic.

Unlike in novels, you’ll typically learn less formal language. And, thanks to the lack of description, you might find it easier to spot how the dialogue changes depending on the character’s personality and identity.

However, the language isn’t always natural. Especially in forms like manga, language can be used as shorthand to indicate personality, background and how the reader should interpret the character. If you copy their dialogue, you might end up sounding like a caricature, so it’s important to round out your studies with other resources.

What’s more, you won’t actively study things like grammar through reading graphic novels and comics. Particularly at the beginner level, you should treat comics as an expansion activity that will help consolidate your knowledge and introduce you to new language. 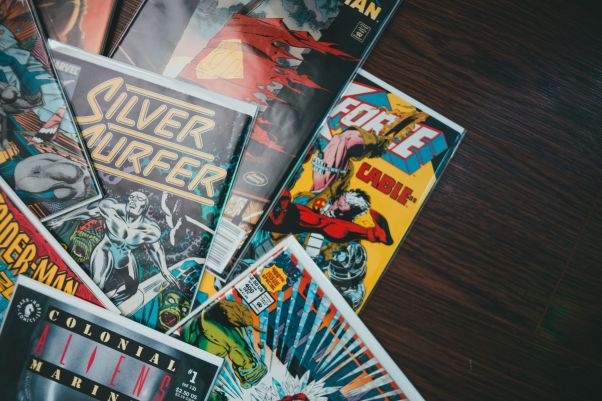 Tips & Tricks for Learning a Language With Comics

Like any resource, whether it’s a course or a textbook, knowing how to use it is just as important as the act of sitting down and using it. Here are some ways to make sure you learn as much as possible from whatever comic or manga you’ve decided to read:

Next time you pick up a comic, try a few of these activities out. You’ll be surprised by how much they improve your vocabulary recall and output. 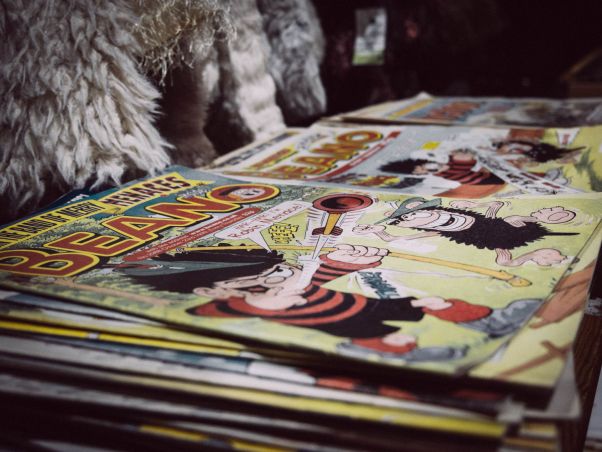 Where to Get Started: Places to Learn a Language With Comics

So, you’re convinced: you want to learn a language via comics. But where can you find them? And how will you know if they’re learner-friendly?

Never fear, because we’ve rounded up a few options for you, including some designed specifically for language learners.

With Manga Method, you can read a selection of online graphic novels in multiple languages: Spanish, Russian, Tagalog, Malay…

Prefer to read your comics on the go? Try LingoZING!, an app with graphic novels in English, Spanish, French and Portuguese.

They have a good selection of comics, with titles such as Garfield and Maze Runner. Just like with Manga Method, you can view translations and listen to audio files. There are some additional learner-friendly features, such as voice recording, machine pronunciation feedback, variable speeds for the audio files and the ability to save sentences.

M Mandarin’s comic book courses align with the HSK curriculum, meaning they’re great for serious learners as well as those dipping their toes into Mandarin studies.

As well as the comic strips, you’ll get access to handwriting practice, grammar explanations, comprehension quizzes, video lectures and more. You can also record yourself and get machine pronunciation feedback.

Ready to challenge yourself by reading comics without the support of an in-app translator? Head to your local book shops.

You may assume it’s easier to start off with comics targeted at younger readers, and that’s often but not always true. Slice-of-life manga often contains familiar, everyday vocabulary. Graphic novels with detailed imagery can help you pick up more through context. And reading translations of comics you’ve read before may also help you out because you’ll already be familiar with the characters.

Don’t be afraid to ask the shopkeeper for their recommendations, and see if you can flick through a copy before buying.

If you don’t live in an area where your target language is spoken, you could find the widest selection of comics books and graphic novels online. There is an enormous selection available to you and myriad platforms to find new series on. And, thanks to fans, some series may even have been translated into multiple languages with the author’s blessing.

Tapas.io is a great starting point, although not all languages have a wide selection available. Alternatively, search “read comics online” in your chosen language, and you’re sure to come across multiple options. You can also try reading fan comics via websites like ArchiveOfOurOwn.org if you’re looking for something in a more familiar universe. 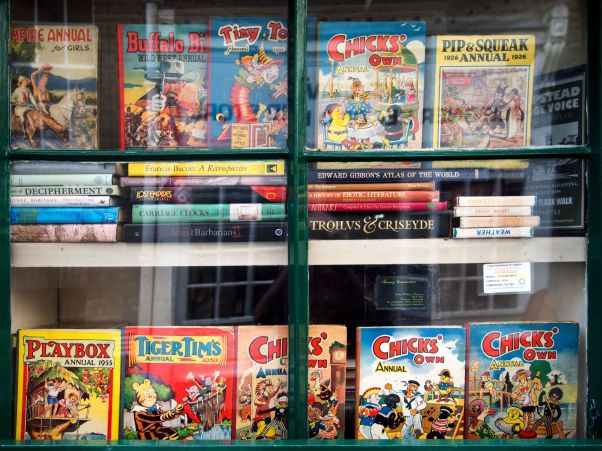 Studying with comics can add fun and variety to your language studies. They make a great expansion activity, especially if you pair them with flashcard apps, language journals and other practice activities.

Plus, there’s something for everyone, no matter your tastes and language level. Whether it’s a Japanese manga like One Piece or Berserk, a traditional comic like Mafalda or Asterix, or a graphic novel like Watchmen or Stand Still, Stay Silent, you’re bound to find something you enjoy.

So, what are you waiting for? Check out Manga Method, download a comic book app and get ready to learn.