Learn Swahili by Language Corner Mini Review: Too Many Bugs 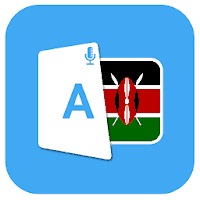 At first glance, this app appeared basic but promising. However, it soon proved too buggy to use.

Learn Swahili Speak Swahili contains word lists and audio recordings for basic Kenyan Swahili words in 28 different categories. It uses native audio recordings that are so slow it almost seems unnatural. You’ll never struggle to work out the pronunciation with this app.

The problems started, however, when the first ad popped up. After we closed it, all audio recordings stopped working. We had to uninstall and reinstall the app for it to work again.

On our second try, we went to the Translate function and typed in “hello”. Having done that, the app wouldn’t let us scroll down to see the translation.

Even if this app were glitch-free, it still wouldn’t be a great resource. You would need to pair it with a flashcard app to drill the new vocabulary, as there are no in-built exercises or quizzes. However, until these bugs are fixed, Language Corner’s Learn Swahili Speak Swahili app seems too frustratingly buggy to use.