The 15 Best Podcasts For Studying Arabic – Check These Out! 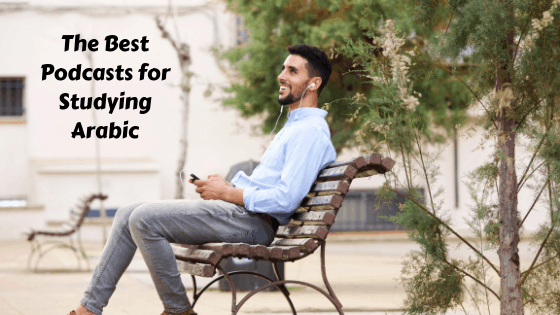 Learning Arabic isn’t an easy task but it can be done. There may not be as many good resources available for learners of Arabic, compared to other languages, but we’ve still managed to find over 115 resources that can help you.

Podcasts can be among the most effective ways to study the language. They can help train your ear to natural-sounding Arabic, while helping you to improve your grammar, vocabulary, and more.

Better still, they’re easy to incorporate into your studying routine as you don’t need to be sitting down at a computer, or hunched over a textbook to find time to study.

This list outlines the best podcasts for studying Arabic, starting with podcasts made for beginners.

These podcasts are intended for people new to the language. You don’t have to have any previous experience learning Arabic to get started. Some of them are structured as language lessons and provide tools for learning Arabic script as well, while others are audio-only episodes that will train your ear to understand a particular Arabic dialect. 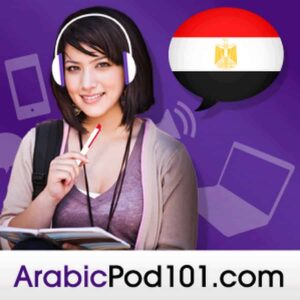 One of the best places to start learning Arabic is with ArabicPod101. This isn’t a free podcast, so you’ll have to subscribe (starting at $8 per month), but it’s one of the few comprehensive resources around.

There are over 1,000 video and audio lessons, flashcards, language and culture notes, along with a lot more features to practice what you’ve learned.

The downside is that the lessons can vary in quality with some being excellent, and others below average. It’s not really a linear course either, where each lesson builds upon the one that came before it, so you’ll want to jump around and try lots of different lessons.

It focuses on Modern Standard Arabic, as well as Egyptian and Moroccan dialects. However, the lessons can bounce around between the dialects, so pay attention and make sure you’re studying the one you want to learn.

All that said, it’s one of the best and most extensive resources you’ll come across. Review.

Not to be confused with ArabicPod101, ArabicPod is a learning resource with audio lessons at several study levels, including 270 beginner lessons. They cover topics that are perfect for new listeners, such as how to say you don’t drink, or asking someone to be your friend on Facebook.

You can listen to most of the lessons for free on the site, with PDF transcripts available for subscribers. Many of the lessons are also available on iTunes. ArabicPod teaches Modern Standard Arabic but occasionally switches between other dialects. There are plenty of lessons for intermediate and advanced learners too. 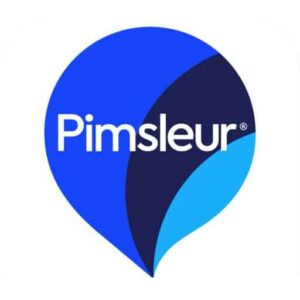 Pimsleur isn’t a podcast. It’s actually one of the most popular online language courses around, for a number of languages.

So, why include it on this list of podcasts?

Pimsleur’s teaching methodology really focuses on oral language – speaking and listening. Because of that, people looking for a podcast may find Pimsleur to be exactly what they’re looking for.

It’s probably the best resource available to a beginner looking to improve their Arabic communication skills. You won’t learn much about grammar and the written language, but your listening comprehension, vocabulary, and speaking skills will improve dramatically.

They also have a subscription option that makes it rather affordable, costing less than $20 per month. Review. 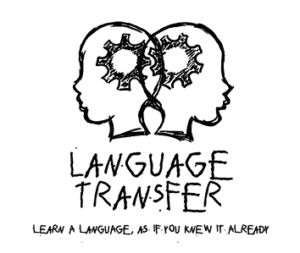 Language Transfer isn’t a podcast either, but rather an audio course for beginners. It’s a completely free platform that offers lessons in several different languages, including Spanish, French, Turkish, Greek, and Arabic.

Unlike other courses, Language Transfer uses the “thinking method,” which uses mental exercises to teach how a language works, rather than memorization. In the course, the host, Mihalis, teaches the language to a new student and you get to follow along.

His technique is to get you to think conceptually about a new language, so you’ll learn to construct complex sentences sooner than you would with a traditional language course. Whether or not this method works for you depends on your learning style. You can try this course early on in your studies, or wait until you know some vocabulary.

Although it’s free, it’s better than a lot of paid resources. Review.

Learn Easy Arabic is a simple introduction to the Jordanian Arabic dialect. There are only a handful of lessons, so you won’t cover a lot of material, but you’ll learn about Arabic numbers 1-10, as well as some unique things about Arabic coffee. There are seven episodes available to listen to for free on Soundcloud. 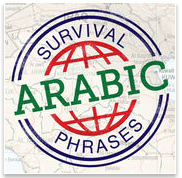 Survival Phrases is a series produced by the same team behind ArabicPod101 that’s intended for people visiting a country for the first time. In this series, you’ll learn some of the basic phrases you need to know on a trip to Morocco. You can also find episodes focusing on Egyptian Arabic on iTunes, Audible, and other sites.

The Coffee Break team has been releasing quality language podcasts for years, and they’ve recently added a “One Minute Arabic” lesson series. There are only 10 episodes available, so this won’t get you beyond the basics, such as counting to 10 and greeting people you meet, but it’s a good introduction from a trusted team. Cost: $12 USD.

This podcast is intended for Peace Corps volunteers who are stationed in Jordan, but it’s great for anyone who wants to study the Jordanian dialect. The 10 episodes cover food, money, telling time, asking for directions, and more.

They spend some time discussing the differences between the formal Arabic used in newspapers, and the pronunciations used in some rural areas. You can download the MP3s for free on the website, and there’s a handy PDF with transcripts and translations of all the lessons.

These intermediate podcasts are a step up from beginner lessons. They’re intended for people who can already understand some spoken Arabic but may still have an English instructor or be spoken at a slower pace than native podcasts. 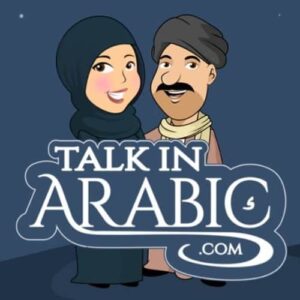 Talk in Arabic is a resource we were really excited about trying but came away from it being quite disappointed.

It’s one of the only resources available for some of the lesser studied Arabic dialects. Unfortunately, many of the dialects offered only have a handful of lessons available, with many of them being low quality.

It’s not structured as a course either, more of a random assortment of lessons. It can be helpful for hearing Arabic as it’s naturally spoken, but that’s about it. Still, this is the resource with the widest range of dialects covered, including Levantine, Egyptian, Moroccan, Algerian, Tunisian, Iraqi, Sudanese, and Saudi.

It costs around $15 per month to subscribe to Talk in Arabic. Review.

This podcast by language coach Alex Strick van Linschoten is primarily in Arabic but does have some English-based episodes. The episodes focus on the Jordanian dialect.

Topics include the weather in Jordan, taxis in Amman, as well as poetry and literature.

This podcast focuses on classical Arabic. There are lots of different types of episodes with varying amounts of Arabic spoken. The host often looks at some famous poems, explaining them in English.

You’ll also find a grammar course available on the website for $25, along with extra resources like articles and audiobooks.

SBS is an Australian news station that broadcasts material in dozens of languages. Visit their Arabic page to hear stories about sports, politics, culture, and more. You can listen to the daily news bulletin on the website or subscribe to the Arabic24 podcast on iTunes, Stitcher, and any of your favorite podcast apps.

BBB Xtra has a similar Arabic-language podcast based out of Britain. Since it covers global news and not just news from the Arabic world, you may find it easier to follow along than a news program based out of Egypt. The show is two hours long and is updated daily, so you’ll have plenty of material to practice your listening.

This podcast is no longer updated but has around 50 episodes available to listen to on Soundcloud. It’s a pop culture podcast, so the hosts talk about everything from Star Wars to Guardians of the Galaxy. Since they discuss pop culture references you’ve heard of, you’ll find it easier to follow than a podcast about Arabic-language media.

This podcast explores topics related to popular science, from the Space Race to black holes. There are 21 episodes currently available, and they appear to be updated every few weeks. The host is from Kuwait, so you’ll get some practice listening to a Persian Gulf dialect from someone who speaks in a smooth, easy-to-follow voice.

Cup and Bean is a relatively new podcast with around 30 episodes available for free on PodBean. The episodes cover everything from animals to photography to Omega 3s, so you’ll get to hear about a range of cultural topics while practicing your Arabic.

This may be the most advanced podcast on this list. With over 100 episodes available so far, this is a deep dive into this history of Arabic art and music. For the most part, the hosts speak in an Emirati dialect, and although it’s entirely in Arabic, you can read an overview in English to get some context. This is a great podcast for an intermediate or advanced student who really wants to immerse themselves in Arabic culture.

Arabic isn’t an easy language to learn, and with so many dialects to choose from, you may wonder where to get started. This list should provide you a good overview of your options, with podcasts suitable for every skill level.

Another challenge with Arabic is that there aren’t as many good resources for studying it as there are with many other languages. Still, there may be more options available than you realize, such as these Arabic courses.

Chris / About Author
This post was originally written by Chris - an amazing freelance writer and experienced language learner.

It was edited by me - Nick Dahlhoff.

I’m the creator of All Language Resources. I'm not a polyglot who speaks 20 languages, in fact, I'm currently struggling with Mandarin. I'm not here to teach you how to learn a language – countless people are more qualified to do that than me. But, I have tried out an insane number of language learning resources. I want this site to remain the most comprehensive and least biased place to figure out which courses, podcasts, apps, websites, etc. are worth studying with. To learn more about myself, the site, or our reviewing process, check out the about page.
More posts by Chris

Unboxed (https://www.unboxedpodcast.com) is also a really good bilingual option to get a feel for more casual Arabic.