Gritty Spanish is a resource for learning real-world Spanish with audio lessons. The lessons employ voice actors from various Spanish-speaking countries and the dialogues are very informal and realistic. Transcripts in both English and Spanish, along with notes on certain language items, are provided to help with your study. It’s available on the web, for iOS, and for Android.

The audio recordings and transcript translations are of high quality.

The explanations are great, but there isn’t any structure or evaluation.

More expensive than some other resources, but high quality.

There is a wide variety of accents.

The material is lively and engaging.

There are no evaluation exercises.

There isn’t much structure.

When I started taking Spanish classes in high school, I had no idea that I would eventually end up getting a Bachelor’s degree in the subject. I was sure I’d study chemistry or something, but nothing quite held my interest like Spanish.

A couple of years after graduating from university, I went to Chile to spend six months teaching English, and… I didn’t understand anyone. It was as if I had never encountered the language before, and I was embarrassed to tell people what I had studied in school.

Of course, a couple of months in and I was feeling more or less fluent in the language. I had a solid foundation in the language before coming to Chile, I had just never been exposed to Spanish as it’s “really” spoken. I was also grappling with the wild Chilean accent for the first time, but that’s another story.

The fact is, language learning resources almost always aim primarily at providing good foundational skills in a language, and these don’t necessarily prepare you for having natural conversations.

People usually fill in the gaps in regard to real-world language skills by interacting with native speakers. But what if you don’t have that option? Cue Gritty Spanish.

Gritty Spanish is best for Spanish learners at intermediate to advanced levels that want to learn how Spanish is actually spoken in the “real world.” It’s also for those with a specific sense of humor, and probably not your child.

There is a censored version of the course available, but I think that kind of defeats the purpose.

Want exposure to different accents? Want to learn how to curse in Spanish like a pro? Looking for a more engaging, lively (gritty) resource? Gritty Spanish is catered to you.

For absolute beginners or learners that are interested in learning grammar, on the other hand, you’re better off seeking another resource.

Gritty Spanish offers a course titled, “Gritty Spanish Beginnings,” but this could be misleading. Here’s a transcript sample from the first audio lesson in the Beginnings course:

It’s not crazy advanced, but it’s too much for an absolute beginner.

How Does It Work?

The Gritty Spanish courses are all made up of between 31 and 36 audio lessons. These audio lessons include audio recorded by native Spanish speakers with various accents, bilingual transcripts, and detailed explanations of certain language points.

By interacting with the material at your own pace, the idea is that you’ll become comfortable with the native-speed material, including the slang and turns of phrase.

It’s important to note that there’s no direction or instructions for how you should study. There’s also no feature within the resource that evaluates your skills or understanding. It’s up to you to decide how to use it.

Each audio lesson is like a small play. There’s a scenario, often one that’s humorous, that revolves around a dialogue between at least two people.

Some of the topics are quite salacious, like “Strip Club” or “The Hooker.”

I’ve got to hand it to them, it feels like they do their best to stay true to the gritty kinds of things people really talk about. The dialogues are scripted, but the language is very believable and natural. They haven’t sugar-coated anything or cut corners with authenticity.

How useful this type of Spanish will be to you, though, will probably depend on your age and the people you associate with. I can also see some people simply not enjoying listening to conversations on these topics.

The audio quality in each audio lesson is fantastic. You can listen to some samples for free on the Gritty Spanish website.

There are three options for listening to the conversation: Normal Speed Audio, Slower Audio, and No Effects Audio.

There is some warping of the audio when it’s slowed down, but that’s normal, and it’s still very much intelligible — helpful for some of the conversations that seem to happen at lightning speed.

These sounds are sometimes cheesy, but they add another realistic element to the listening experience. The real world is noisy!

Another useful feature is the rewind button. Clicking on the “2” next to the play button rewinds the audio by two seconds. This is perfect for listening to an especially tricky piece of dialogue over and over.

There’s a PDF file that comes with each audio lesson, and the first thing you’ll see is a synopsis of the plot and a list of characters and their nationalities.

It might be rare to come across so many diverse groups of Spanish speakers in real life, but the variety is great for getting exposure to lots of different accents. This is something most other resources don’t offer.

Next comes the transcript in both Spanish and English, side-by-side.

The words and phrases on the Spanish side that are in blue are linked to a corresponding explanation or definition that comes after the transcript in the PDF.

The transcript translations are mostly really good. It’s a relief that they spent the time to get the English equivalent of what’s being said instead of literal translations.

After the transcript come the only language explanations in Gritty Spanish. In the Beginnings course, it’s called Breaking it Down, and in the Original and Parte II courses it’s called Notitas, or, “little notes.”

This section contains some valuable notes on the language used in the audio. It often focuses on colloquialisms and interesting phrases. Basically, the stuff a dictionary probably couldn’t help you with.

This part of the material is done well, but it’s not comprehensive. The English translation of the transcript and these extra notes mean you’ll be able to understand what’s going on, but don’t expect much grammar help.

The explanations that come with each lesson in the Beginnings course are a little bit more thorough. They include things like conjugation tables for some verbs and some grammar explanations. Again, though, you’ll need some supplementary resources to really know what’s going on or how to use the language in other contexts.

All of the Gritty Spanish courses are available for a flat fee. By purchasing a course or a combination of courses, you’ll get access to audio lessons, transcripts, and language explanations.

You can also try out the material for free. The free trial to Gritty Spanish includes 12 audio lessons and their transcripts.

Gritty Spanish also offers transcripts from the lessons for sale in the form of eBooks, but these do not include any audio recordings.

If listening practice is what you’re after, there are plenty of podcasts for Spanish learners out there. Many of these are free.

News in Slow Spanish is another great resource for listening practice and all-around Spanish practice. It’s far more comprehensive than Gritty Spanish, but won’t give you practice with as much slang and cursing.

As far as comprehensive Spanish resources, Baselang is superb. It’s a bit more expensive, but it gives you unlimited access to one-on-one classes with Venezuelan tutors as well as a built-in curriculum for everyday Spanish or preparing for the DELE exam.

Since Gritty Spanish doesn’t offer anything in the way of speaking or writing practice, you’ll have to use some supplementary resources if you want a well-rounded education.

For speaking practice, online teacher directories like italki and Verbling will pair you with a native speaking teacher for one-on-one video lessons, and Speechling is a great place to go for pronunciation practice as you can submit recordings to be evaluated by native speakers.

italki also offers a way to get feedback on writing via its “notebook” section. Other apps that provide writing practice are language-exchange platforms like HelloTalk and Tandem.

For me, the most exciting about this resource is that there aren’t a hundred more that are just like it. It fills in gaps where most other resources fall short and it’s probably one of the best ways to get better at “real-life” Spanish short of actually interacting with native speakers.

That said, it’s definitely not for everyone. While Gritty Spanish fills in the gaps that most other resources leave, it has its own. For example, anyone interested in getting grammar practice is better off looking elsewhere.

It’s also not the best option for someone that prefers to have a lot of structure or direction in their study. With Gritty Spanish, you’ll have to decide for yourself how to best proceed.

Finally, it’s probably true that not everyone is super interested in learning how to curse in Spanish or talk about “Trouble in the club.” Fortunately, Gritty Spanish isn’t trying to appeal to these people.

Gritty Spanish does what it does well, but its ideal audience isn’t massive. If you’re looking for material that feels more authentic and want more exposure to different accents, or if you just really want to up your swearing game, this might be just what you’re after. Just don’t expect it to fulfill all of your language learning needs.

The number of Spanish resources we’ve tested and reviewed is massive and growing. Check out our top choices to see which ones are right for you.

Brian / About Author
I’m a former EFL teacher turned freelance writer and self-proclaimed language enthusiast. I can’t quite seem to kick the habit of moving countries and have lived and worked on five continents so far.
More posts by Brian 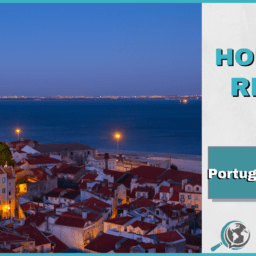 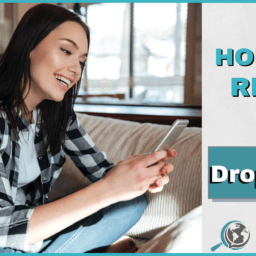 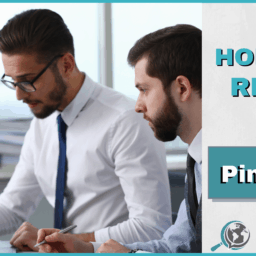 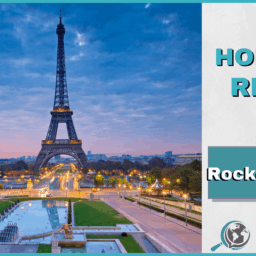 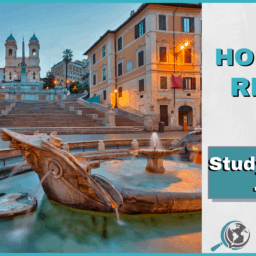 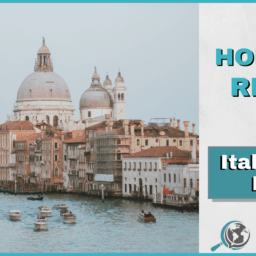 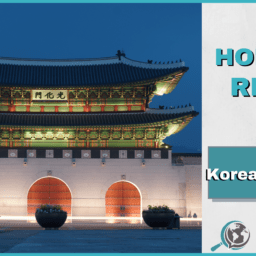 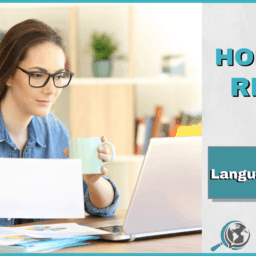 Alternatives: Literally anything else on the Internet (or in a bookstore) would be better! 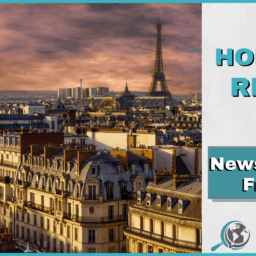 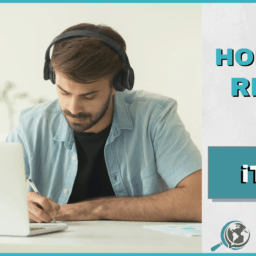 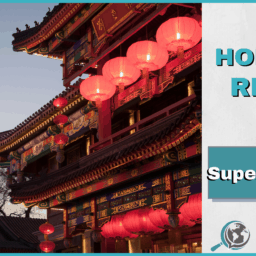 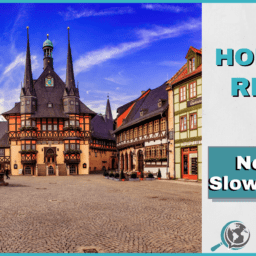 Gritty Spanish is a great program. I agree that it’s advanced and its definitely not for everybody. It’s one of the best Spanish resources i’ve used. This is a pretty accurate review.